Bill Plemmons RV is proud to be one of your topPalomino dealer in North Carolina! Find out all about this outstanding manufacturer and why they create some of the finest and most stylish RVs on the market today!
Palomino Camping Trailer construction began in 1968 with the dream of Mr. Vern Landey. Mr. Landey had been a tent trailer distributor for several years when he felt he could design and produce better quality units than were currently being offered to the public. He would design units which were lightweight and offered convenient floorplans at affordable prices. He began designing and producing Palomino pop-up tent trailers in a small building in Savage, Minnesota.

As demand for the Palomino grew, Mr. Landey felt it would benefit his company, Vanguard Ind., to relocate. With most manufacturers and industry suppliers located in the Elkhart, In. area the move eastward seemed logical. Vanguard Industries settled in the community of Colon in 1972. Once in Colon he began to put his plans in motion. By 1973 he had built the main production facility and within days Palomino tent trailers were rolling out the doors.

In 1976, Vanguard added its own Needle Division, in 1978 its own Metal Fabrication Plant, and has several cold storage facilities. On May 27, 1992, the primary production building and offices were destroyed by fire. By late August, 1992, the first 1993 model Palomino rolled of the line in the new 52,300 sq. ft. facility, which was built on the same site as the previous building had been.

The year 1998 continued to see expansion with the addition of a new 75,000 sq. ft. production facility, and another storage facility.  In 2002 Vanguard was purchased by Forest River, Inc. This allowed for rapid growth and the introduction of two new towable lines of travel trailers and fifth wheels, Puma and Sabre by Palomino.

In 2005, Forest River, Inc. and it's divisions were acquired by Berkshire Hathaway.  Palomino RV operates as a separate division of Forest River Inc., and has grown from humble beginnings in Minnesota to one of the top 5 RV manufacturing facilities in North America.
No matter what kind of RV you are looking for, you will love our Palomino RVs for sale in North Carolina. These stylish models make the most out of any road trip by providing a standard of excellence that you just don't find anywhere else.
We are proud to offer awesome Palomino RV brands that you will love, including the Puma fifth wheel and travel trailer and the SolAire Ultra Lite travel trailer, and more, so if you have your eye on a Palomino product, you can contact us to get more information today!
Showing 1 - 10 of 10
Change Zip
Filter
Favorites ()

Bill Plemmons RV is not responsible for any misprints, typos, or errors found in our website pages. Any price listed excludes sales tax, registration tags, and delivery fees. Manufacturer-provided pictures, specifications and features may be used as needed. Inventory shown may be only a partial listing of the entire inventory. Please contact us at 888-746-2351 for availability as our inventory changes rapidly. All calculated payments are an estimate only and do not constitute a commitment that financing or a specific interest rate or term is available. 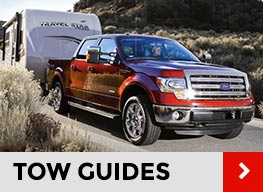